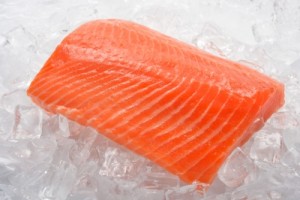 Nutrition impacts how well the brain functions on a day-to-day basis. Some foods will make your brain work wonderfully, contributing to a person’s good mood and ultimately productivity. If you have a case of the blues or you struggle with a mood disorder, the importance of a well-balanced, nutrient dense diet can not be underestimated. Try adding these five foods to your diet to improve overall mood!

In the US today, eating disorders affect 20 million women and 10 million men. The most common among eating disorders is Binge Eating Disorder, or BED, affecting 1 in 35 adults, making it even more common than anorexia nervosa. Although overeating from time to time is common for most people, there is a distinct difference for those suffering from BED. Symptoms include eating unusually large portions of food in a small amount of time. Those suffering often rapidly eat to the point of feeling uncomfortably full, even if they are not hungry. Due to embarrassment, people often eat in secret by themselves to avoid judgment, however soon after a binge, they feel depressed, guilty, and even disgusted with themselves due to their eating.

Oppositional defiant disorder, or ODD, is a behavioral disorder in children that can be difficult to identify for many parents. Children may be strong-willed or emotional without actually having ODD because it can be normal for children to behave in ways that oppose their parental figures. Though signs typically develop during preschool, there are times when ODD may develop later and cause significant issues related to family, school, work, and socialization.

To be diagnosed with ODD, at least four symptoms must occur from the following categories:

Are You Depressed? Five Signs of Depression

Depression affects an estimated 350 million people in the world today. Caused by chemical imbalances in the brain, depression can majorly affect someone’s day to day life. Identifying depression in one’s own life can be challenging. People who know the affected person may recognize symptoms first, noticing changes in a person’s mood, behavior, activities, and more.