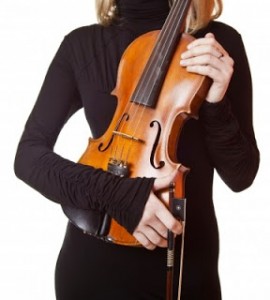 The connection between music and brain development has been a topic of high interest in the past few decades, particularly for educators interested in helping students reach their potential for learning when faced with executive function struggles. Research continuously points to increased ability in various areas of a child’s life when exposed to music at young ages. What is it about music that helps the brain function with greater capabilities? Could music be used as a tool for assisting children with executive function struggles?

Listening to classical music when pregnant is commonly understood to be good for the baby. Although this may be true in promoting calmness and comfort for the unborn baby, the time in a child’s life that is most crucial for listening to music is within the first three years. At this time, the baby’s brain is growing rapidly and is building synapses, or connections, between different cells in various areas of the brain. Studies have shown listening to music can help promote the growth and function of the synapses in the part of the brain that controls spatial and temporal reasoning, as preschoolers who have been receiving musical training tested much better in these areas.

Many people consider classical music as the best music to use for the facilitation of brain growth as opposed to rock, pop, or other forms of music, but this topic is still up for debate. Many argue in favor of classical music, because, in terms of the complexity of harmonics, instrumentation, and overall structure of the compositions, classical music requires more out of the listener, challenging them to understand its intricacies that are not typically present in other types of music. There are others who disagree with these theories, claiming it has less to do with the type of music and more to do with the complexity within the music in general.

While exposing children to music at a young age is highly beneficial, having a child participate in musical training classes early in their development will benefit their brain long term. When playing a musical piece, various brain systems are engaging simultaneously. Obviously, the auditory system is being utilized, because listening and distinguishing tones is crucial to performing music. The executive function system is employed for sensory processing, attention, repetition, and memory of various musical components such as song structure and lyrics. Being able to physically play music, the motor skills system is exercised. Even the emotional system in the brain receives training, as many musicians will explain that playing a musical piece is not really accomplished without the emotional feeling intended by the composers. Additionally, the type of precision required for musical performance has been proven to be at a higher level than the precision necessary to process speech, indicating that musical engagement may have positive benefits to a person’s ability to process speech.

Additionally, a study published by the Journal of Neuroscience shows stronger connections across the corpus callosum, a thick strip of nerve fibers that connects the left and right brain hemispheres, helping the brain communicate faster and more efficiently. Overall, music places higher demands on several parts of the brain, which has long-lasting effects on the brain’s functioning ability.

Parents often wonder how early to get their child involved in lessons and practicing a musical instrument, with a typical recommendation between the ages of four and seven. However, there are other music-related classes for children that are more appropriate for younger ages, which are highly recommended for brain development. Many of them involve having parents and children sit in a circle singing with easier hand instruments, like shakers, teaching them not only to participate in musical experiences, but learning to listen to other players and singers in order to perform as a group, which has be proven to enhance executive functioning skills. This continues as they grow older if they continue to be a part of musical ensembles, such as orchestras, and will continue to better their executive function ability. Singing is also a great means of further developing the rapidly growing brain, and involving a child in choral ensembles will promote the same neurological advances. In fact, researchers have studied the MRI results of adults and children with and without musical training performing various executive function tasks, and those with musical training have shown more activation in the prefrontal areas of the brain.

Musical engagement is highly recommended for all children to enhance brain development, but particularly for children with executive function struggles. Music helps the brain develop in various ways across many areas of the brain. When choosing which instrument a child should learn, it is recommended that parents do not force a child to learn a specific instrument unless the child shows interest. If a child sits down at every piano he or she sees, this may be a good indicator of interest in playing the piano. If a child shows no interest in the instrument, they are less likely to continue playing in the future. Follow the interests of the individual child, and encourage/enforce regular practice with their instrument. Later in life, they will benefit from their highly developed brain and their passion for music will continue to bring joy throughout their life.

Image courtesy of adamr at FreeDigitalPhotos.net 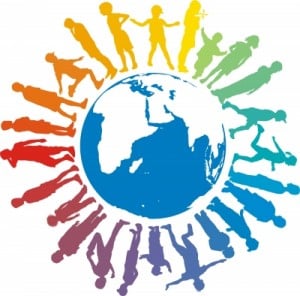