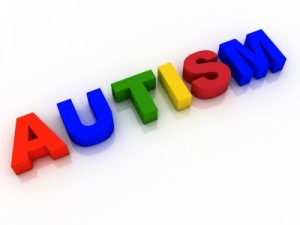 For many, ASD is diagnosed at a young age, however symptoms of ASD sometimes go unnoticed and undiagnosed well into adulthood. Children who have developmental problems with language before the age of three have a higher risk for developing epilepsy as well. Over the course of a person’s life, the symptoms of ASD may change, and may cause depression and behavioral issues into adolescence. Although the cause of ASD remains unclear, scientists do believe both genetics and environment have an impact. ASD can occur for all intelligence levels. Although there is no known cure for ASD, there are ways to improve the lives of those suffering and reduce symptoms to allow for an independent and successful life.

Has Your Child Shown Signs of ASD?

The signs and symptoms of ASD differ case to case, however some signs to look for in a child’s behavior include:

How Neurofeedback Can Help!

Peer reviewed published research on the effect of neurofeedback has shown an average improvement of 40% in symptoms as a result of treatment. In the almost 20 years we have been working with children on the autism spectrum, our clients have improved in the following areas: attention, anxiety, the expansion of vocabulary, and its functional and pragmatic usage.  One of our clients, a child who had no language at all, developed language over the course of neurotherapy sessions.  Additionally, we have seen improvements in eye contact, social interest, social competence, reduction in self-stimulatory behavior, such as the repetition of words and movements, and a reduction of outbursts.  For those of our more seriously involved individuals, we have seen significant improvement in cooperation, tantrums, and sensory integration. We have noted reductions in running away in potentially dangerous locations, such as parking lots, reduced dropping to the ground during refusals, and reduced sensitivity to sound and light.

For the past six years we have been coordinating with Oxycare, a clinic in Amman, Jordan, that is dedicated to the treatment of children and young adults with autistic spectrum disorders, many of whom we find to have undiagnosed epilepsy as well.  We trained their staff in EEG ( electrical brain wave) data collection and neurofeedback treatment.  They send us their EEG data which we process, interpret, and develop treatment protocol.  They have a six-year history of impressive success with their clients.

In our clinic, we have had a small number of high functioning autistic children and children with Asperger’s Syndrome who have lost their diagnoses due to the improvements resulting from neurofeedback.  That is not to suggest that all autistic spectrum clients experience this level of results, however, the typical result of neurofeedback is substantial improvement in functioning.

For more information about how neurofeedback can reduce/eliminate symptoms of autism, schedule a free consultation with our director Dr. Jolene Ross.