Epilepsy and Neurofeedback: 6 Types of Generalized Seizures and How Neurotherapy Can Help 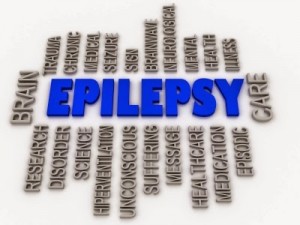 Epilepsy is a group of neurological disorders characterized by the recurrence of seizures. Many different types of epilepsy exist, all having various different causes and symptoms. When the brain experiences abnormal electrical discharge from cortical neurons, this causes seizures occur.  There are six different types of generalized seizures.

Once diagnosed, epilepsy is commonly controlled by anti-seizure medication. Epilepsy can also be treated using neurofeedback in conjunction with medication, or when medication is unable to produce the desired results.

Research regarding the use of neurofeedback for epilepsy dates back to the 1960’s with Dr. Barry Sterman’s discoveries. Epilepsy was the first disorder to be treated with these newly discovered methods. Neurofeedback has been proven to raise a person’s seizure threshold, meaning the brain would be more resistant to seizures. Intractable seizures, those that cannot be controlled by medications, can be corrected using neurofeedback. A reduction in frequency, intensity, and recovery time has resulted from the method as well. Additional issues arise in the brain due to epilepsy, including reduced cognitive efficiency, affecting processing speed and memory. Neurofeedback is also able to address and correct these brain functions.

A highly important part of treatment for epilepsy, it is often considered first choice because it can lead to overall improved function, improvement of the effects of medication, and/or a reduction or complete elimination of medication. Neurofeedback is safe for both children and adults, and it the positive results have been proven to last.

“Based on this meta-analysis, EEG operant conditioning (neurofeedback) was found to produce a significant reduction on seizure frequency. This finding is especially note-worthy given the patient group, individuals who had been unable to control their seizures with medical treatment.”

Journal of Clinical EEG and Neuroscience