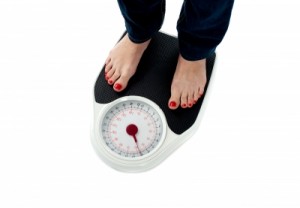 In the US today, eating disorders affect 20 million women and 10 million men. The most common among eating disorders is Binge Eating Disorder, or BED, affecting 1 in 35 adults, making it even more common than anorexia nervosa. Although overeating from time to time is common for most people, there is a distinct difference for those suffering from BED. Symptoms include eating unusually large portions of food in a small amount of time. Those suffering often rapidly eat to the point of feeling uncomfortably full, even if they are not hungry. Due to embarrassment, people often eat in secret by themselves to avoid judgment, however soon after a binge, they feel depressed, guilty, and even disgusted with themselves due to their eating.

Many health complications can occur due to binge eating, obesity being the most physically dangerous. Additional medical conditions may arise as a result of obesity, such as type 2 diabetes, heart disease, gastroesophageal reflux disease (GERD), sleep-related breathing disorders such as sleep apnea, joint pain, and more. Furthermore, various mental health related issues are linked with binge eating including depression, bipolar disorder, anxiety, and substance abuse. Due to eating habits, suffers may isolate themselves from social situations due to bad feelings about themselves, creating a poor quality of life overall.

When I have worked with clients affected by binge eating, we have spent a lot of time analyzing why they are binge eating and the patterns around their binge eating. Examples of why people binge eat include cravings, boredom, distraction (eating while watching TV, or eating out of a bag rather than a bowl while doing something else and not realizing how much they are eating), to fill a non-food void, or a nutrient deficiency. The key is to analyze the binges to determine why they are happening, then try to solve the underlying reason. For example, if the reason is boredom, finding hobbies to fill the time/entertain the person is a healthy way of managing binge eating.

Being able to recognize cravings for why they happen can help you determine whether or not you are actually hungry. There are 9 causes of cravings:

The body doesn’t send the message “thirsty” until it’s on the verge of dehydration. Instead, it often occurs as mild hunger, so first thing to do when you get a strange craving is to drink a full glass of water.

If a person has an excessive amount of one type of food, people will often crave the opposite soon after eating. A great example of this is salt and sugar. After eating Chinese food, many people will notice that they crave sugar (often ice cream), and then once they have sugar, they crave salt shortly after finishing. These are two foods at opposite ends of the yin and yang food spectrum. Another example is if a person eats too much bread, the craving may be coffee or vice versa. To avoid these cravings, eating more toward the center of the spectrum helps a person not to bounce back and forth to fulfill cravings.

Sometimes people crave something they have eaten in the past, either foods similar to what your ancestors ate, foods eaten as a child, or something recently eaten. A good example of this is the cravings we have when we are sick are often for foods that our caregiver gave us when we were sick as a child. A good way to re-construct these cravings is to either eat a healthier version of your ancestral or childhood foods, eat just a small amount of them.

Often the body craves foods that balance out the elements of the season. For example, in the spring people often crave detoxifying foods like leafy greens or citrus foods. In the summer, people crave cooling foods like fruit, raw food, and ice cream. In the fall, people crave grounding foods like squash, onions, and nuts. Winter cravings include hot foods and heat producing foods like meat, oil, and fat. People will also crave foods associated with holidays like turkey, eggnog, sweets, etc. Between seasons, the body often discharges toxins by getting colds or allergies.

If the body has inadequate nutrients, it will produce odd cravings. For example, inadequate minerals produces salt cravings. General inadequate nutritional distribution produces cravings for non-nutritional forms of energy like caffeine, sugar, etc. Often people with a lack of nutrients will just feel hungry and continue to eat foods that lack nutrients so they will continue to perpetually be hungry no matter how much they eat.

When the body experiences menstruation, pregnancy, or menopause, it is the fluctuating testosterone and estrogen levels that will often cause strange cravings. Further, people may not be producing chemicals in the body that give them the messages that they are full.

When things are going a little too well, sometimes we sabotage ourselves by craving foods that throw us off, thus creating more cravings to balance ourselves. This often happens with low blood sugar and strong mood swings.

An exceptionally common reason for binge eating is to comfort oneself in moments of high emotions. Examples include eating when stressed, angry, or sad. However, emotional eating is not reserved for negative emotions. Alternatively, people often have a tendency to overeat when they are experiencing positive emotions as well such as happiness and excitement. For example, when going out to eat with friends, people are more inclined to eat fattening or sugary foods because they are in good company and want to enjoy themselves.

One thing I often recommend is also looking at what foods you binge eat. These can be trigger foods, either because there are certain foods you binge eat, or because they trigger certain emotions and that is the reason you seek them. Further, are the foods you are binging on healthy in “normal” serving sizes or are they foods that you should be trying to avoid all together? This needs to be considered to help make progress toward a healthier lifestyle.

The biggest recommendation is to set yourself up for success. Set small, attainable goals at first and then build on success rather than trying to make sweeping declarations that you cannot uphold and then feeling defeated or bad about yourself! Baby-steps are important at ALL ages!

Compulsive/binge eating begins in the brain, and therefore neurofeedback can assist by calming and teaching the brain how to function normally without creating impulsive behaviors. Neurofeedback makes a person more emotionally resilient, reducing the emotional response to triggers like food. Moreover, there are a variety of associated mental disorders with binge eating, for which neurofeedback can assist in easing the symptoms.

Obsessive-Compulsive Disorder (OCD) has a proven link with some binge eating cases. Neurofeedback treats where OCD occurs in the brain, which reduces binging.

When people have a history of trauma, they often eat to comfort themselves to fill the internal emptiness and to calm the anxiety and hypervigilence. Along with psychotherapy, neurofeedback calms these feelings, reducing emotional reactivity.

At Advanced Neurotherapy, we have had a number of clients who simply lose weight while in treatment. Normalizing brain function helps normalize appetite, judgment, control, planning, cause and effect thinking, and self-awareness. Often people eat and do not even notice what they are doing. With greater self-awareness, people literally catch themselves in a binge and are able to stop. They are also able to have a small amount of the desired food item while controlling and preventing having the incident turn into a binge.