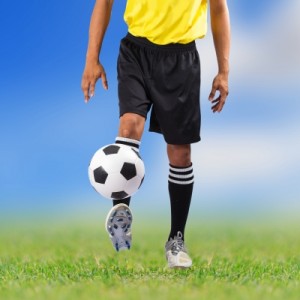 A sports concussion is a traumatic brain injury caused by impact to the head while participating in sports, particularly contact sports. If left untreated, concussions can result in long-term negative affects on brain function and can even result in fatality. This has become a growing problem for young athletes. The American Academy of Pediatrics has reported that emergency room visits due to concussions for children between the ages of 8 and 13 has doubled in the last ten years.

Additionally, concussions have risen a whopping 200% among teens between the ages of 14 and 19 as well. Startling statistics show 47% of all sports-related concussions are attributed to high school football, 33% occurring during practices. Neurofeedback can be used to correct the damage done by the impact in order to help the brain learn to function normally once again.

Concussions can go undiagnosed, since 90% of concussions do not result in lack of consciousness. If a visible bump is not present or there is no bleeding, this does not mean the head injury is not dangerous. In fact, head trauma can cause internal swelling and bleeding. For this reason, if a head trauma occurs, concussion tests should be performed immediately to determine if there is injury.

Concussions can cause a wide array of symptoms. Physical symptoms include dizziness, nausea/vomiting, noise and light sensitivity, blurred vision, headache, fatigue, and unequal pupils. Mentally, concussions can cause mental fogginess, problems with balance, emotional sensitivity, and executive function struggles, affecting memory, concentration, and focus. Sleep patterns may also be disrupted. The first concussion a person experiences does not necessarily come with as many problems. However, if a concussion occurs for a second or third time, permanent brain damage becomes more likely.

In the past, brain damage caused by concussions were seen to be completely irreversible. However, neurofeedback can be used to help correct the damage. Using quantitative EEG technology, neurofeedback specialists are able to pinpoint how the brain has been injured by the concussion. From there, protocol is developed and used to restore healthy brain function. After completing neurofeedback sessions, those who have suffered a concussion can go back to living life normally. Neurofeedback is corrective care that is durable and permanent.

Photo courtesy of Naypong at www.FreeDigitalPhotos.net