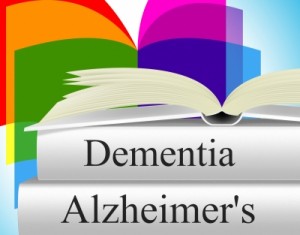 Across the world today, there are 47.5 million people struggling with dementia, or the decline of mental ability so severe it affects a person’s day-to-day life. The term describes a range of symptoms from decline in memory to reduced brain function, which affects a person’s ability to perform regular activities. Damage in the brain’s nerve cells causes dementia, with many parts of the brain being prone to this type of damage. The symptoms are dependent on which part of the brain is affected.

There are many types of conditions which cause dementia to occur. Alzheimer’s disease alone accounts for about 60-70% of all dementia cases. The second most common type of dementia is vascular dementia, which occurs after a person has a stroke. Additional causes also include Huntington’s disease, traumatic brain injury, Creutzfeldt-Jakob disease, Parkinson’s disease, thyroid problems, vitamin deficiencies, and negative reactions to medications.

Symptoms of dementia are identified as both cognitive changes and psychological changes in a person. Typically, the first notable cognitive change is memory loss, and is often identified by a close relative such as a spouse or one of the person’s children. The progression of dementia is shown in difficulty with communication, reasoning, organizing, and handling tasks. Additionally, motor functions may be affected, creating difficulty when moving. Overall confusion and disorientation becomes more clear as the dementia progresses. Psychologically, personality changes are often observed, including depression, heightened anxiety, paranoia, agitation, inappropriate behavior, and sometimes hallucinations.

Certain types of dementia can be reversed. However, certain types cannot, and can only be slowed from progressing. Neurofeedback helps to sustain and restore brain function for those living with dementia. After a quantitative EEQ brain map, neurofeedback specialists are able to develop protocol to target the areas in the brain that are having trouble functioning properly in order to retrain them. Patients suffering with memory loss and trouble utilizing executive functions will find that day-to-day activities become more manageable with treatment, improving overall quality of life. Schedule a free consultation with our director Dr. Jolene Ross for more information about how neurofeedback can help patients with dementia.